Greg Thompson is still hanging in there!

Two days to go and all is going well. Did the morning ritual of checking email and Facebook with the G5. Also listened to some music on iTunes while doing that. Attempted to get wired server client working on the G5 except it will not connect to a server that is running 2.0 or better. Tomorrow is the last full day of the challenge and will be fun to finish this off with a bang. I have had fun using this older computer. 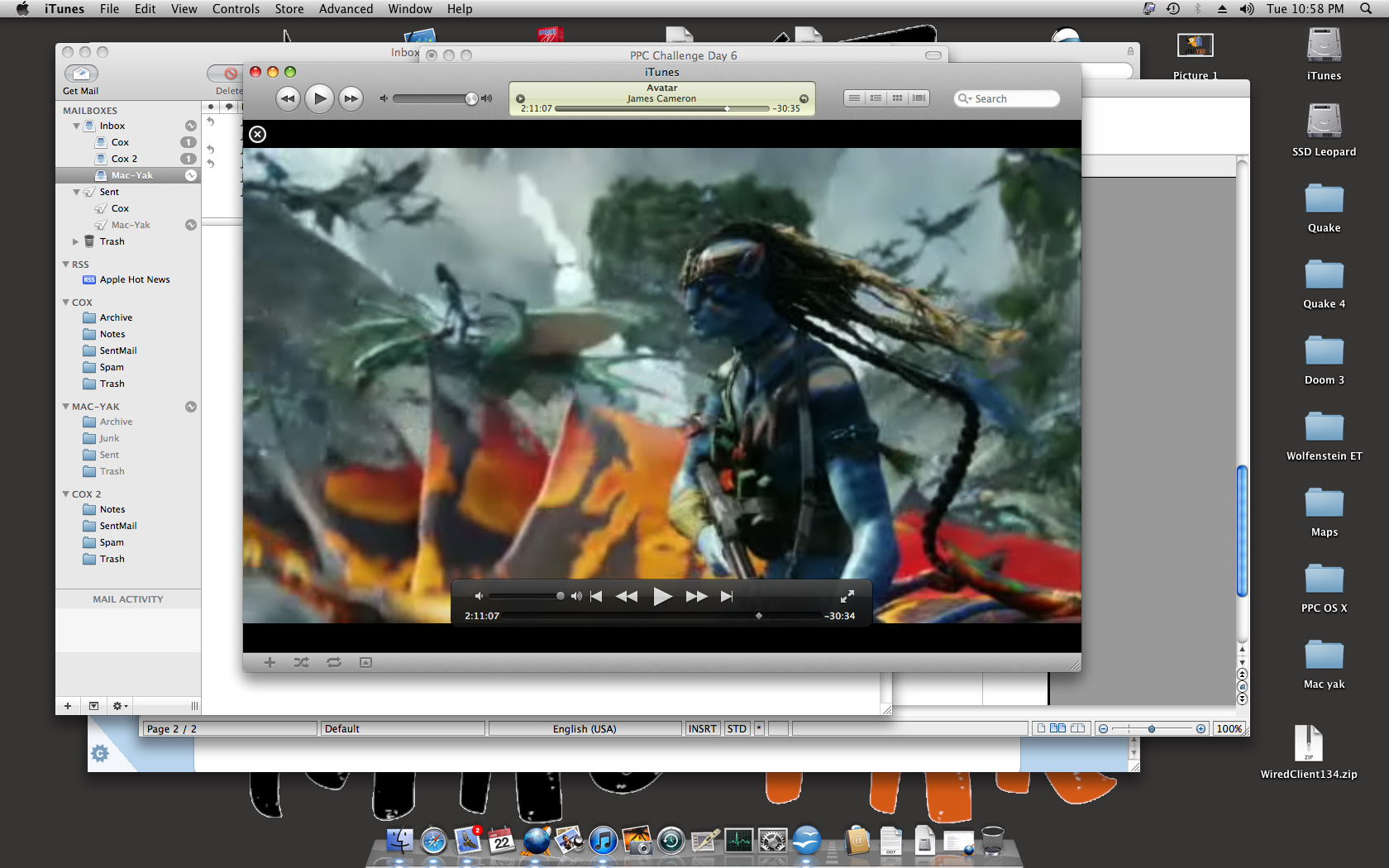 James has a few things to say as well:

Its Leopard Day for the PPC Challenge. Previous activity was mostly done in Tiger. Booting into Leopard I get a newer Safari version, I lose Shirra because it doesn’t like anything past 10.4.8, and I get Roccat which has very good YouTube performance though it isn’t the most stable browser, and I get Stainless which is a very impressive browser that does a good job compensating for not being able to use Shirra. Leopard itself runs great on this old G4, despite Apple trying to block installing it on anything less than an 800mhz G4. Leopard Assist to the rescue back when I installed Leopard 5 years ago. I probably wouldn’t have put Leopard on this rig with its original CPU, RAM and Graphics card however.

Latter on I fired up Minecraft in local mode to see what effect newer versions of Java and/or OpenGL might have. It would seem that in Leopard turning off Advanced OpenGL actually gives a bump in performance, that is, until you get to the edge of the view range and it has to render more area, then the lack of Advanced OpenGL makes it obvious you need to keep it on. Also, I started to keep up my logs for the PPC Challenge. Good old TextEdit worked fine for that purpose. It even has a spell check built in!